Facts you should know about Citizen Watches

Whether or not you have been collecting Citizen Watches or are planning to have one, here are some facts you would likely to know more about this renowned timepiece. 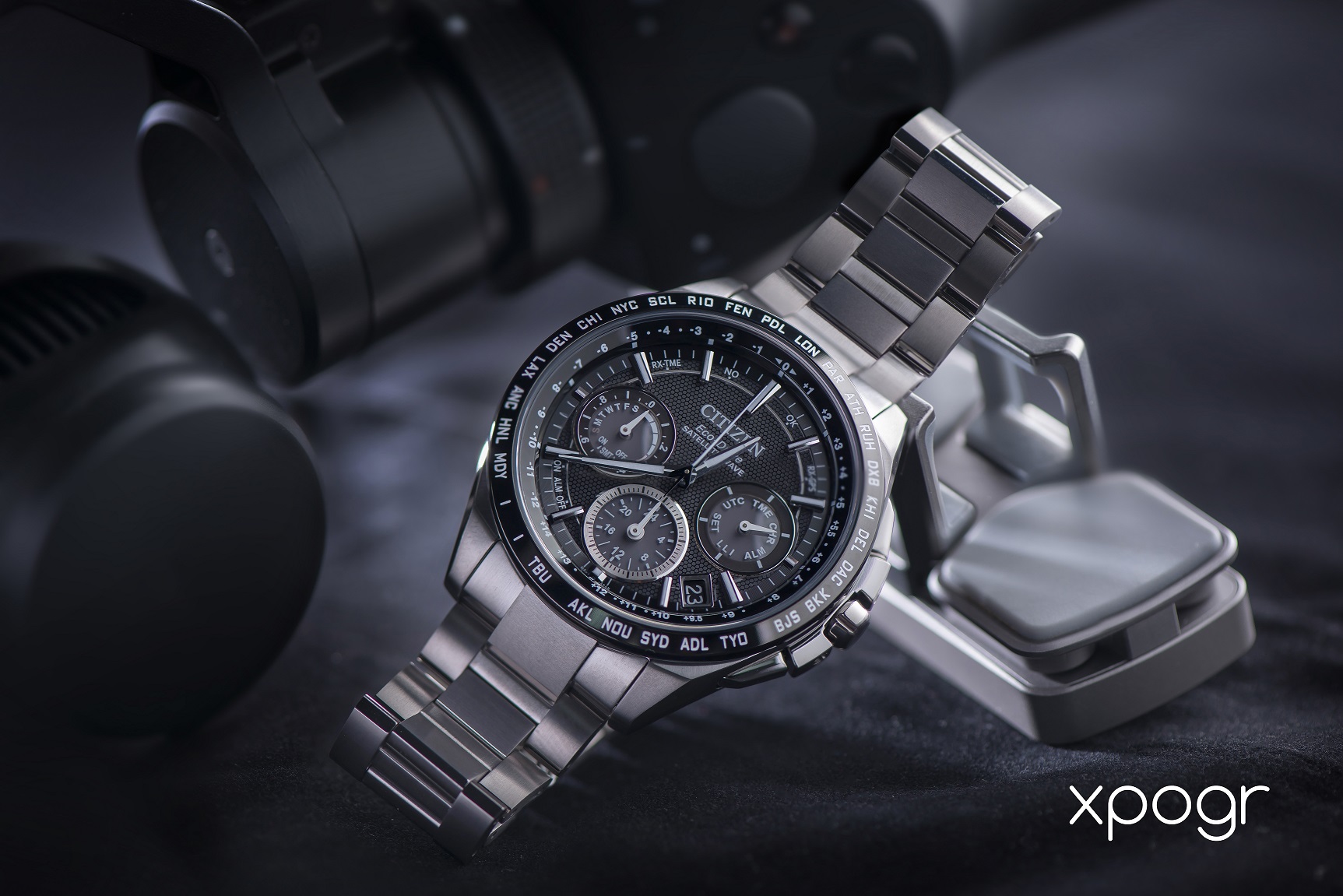 The name ‘CITIZEN’ was coined by Shinpei Goto, a Japanese politician, in conformity to his dream that every citizen would be able to afford and own a watch.

It was also in Japan that the first shock-proof wristwatch, called as Parashock was invented in 1956. This feature was performed using a helicopter wherein the watch was dropped in front of Kyoto City Hall (1958) and again at a baseball stadium (1962). After it landed, it was found out that the watch was still in working condition.

Citizen makes every single component. From coils to screws, assembled in-house by super meisters – These are craftsmen who are extremely skilled to assemble luxury watches by hand.

Citizen was the first to use titanium in watches. So called – Super Titanium known for its feature as hypoallergenic, scratch and rust resistant combined with the surface-hardening technology, called as Duratect.

This year, marks the celebration of Citizen’s 100th year anniversary with another milestone.

We say congratulations to Citizen for their hard work and creating revolution in precision time keeping!

At xpogr, we take pride being chosen as one of the official product photographer for Citizen watches here in Dubai.

Here’s a glimpse of our work. 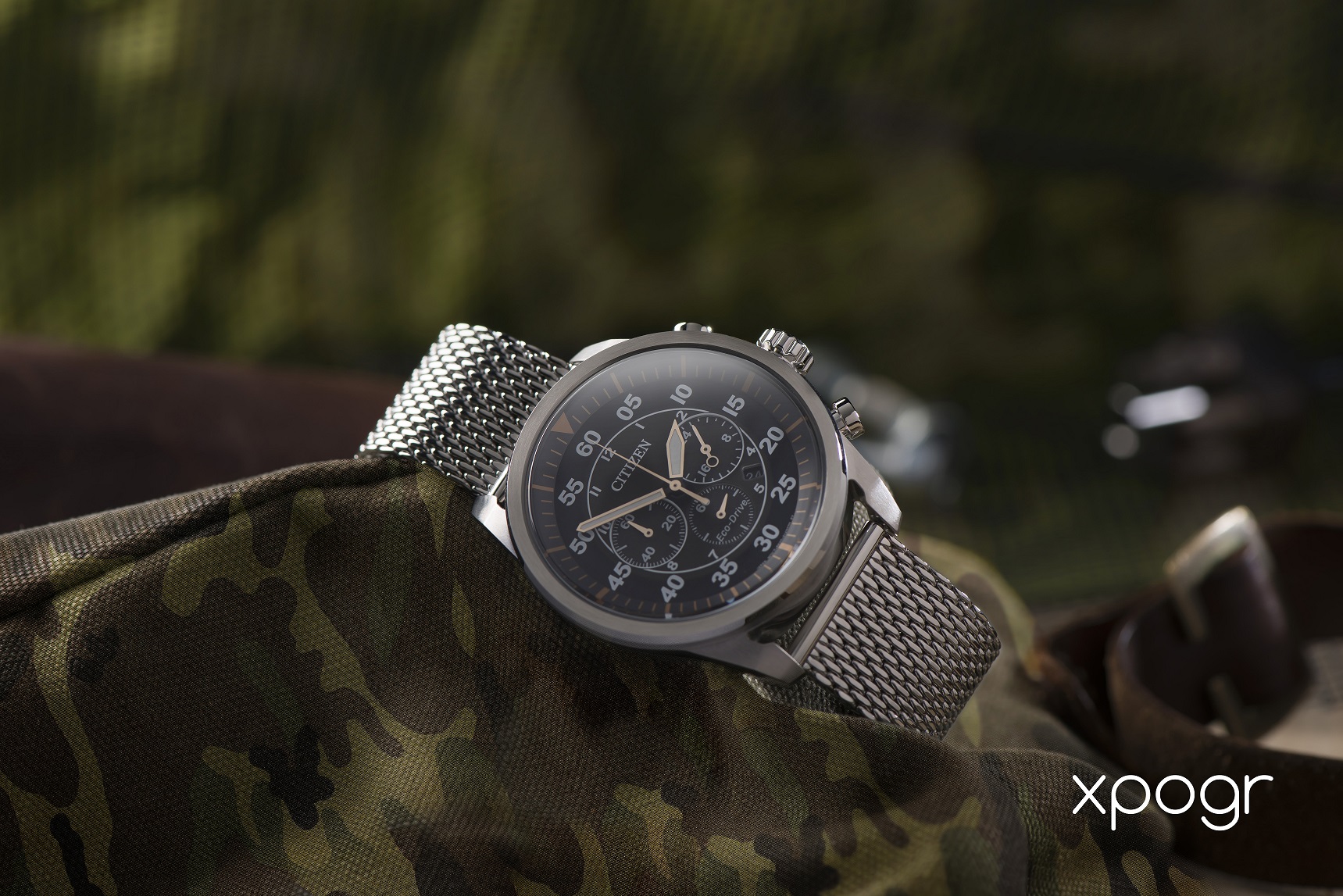 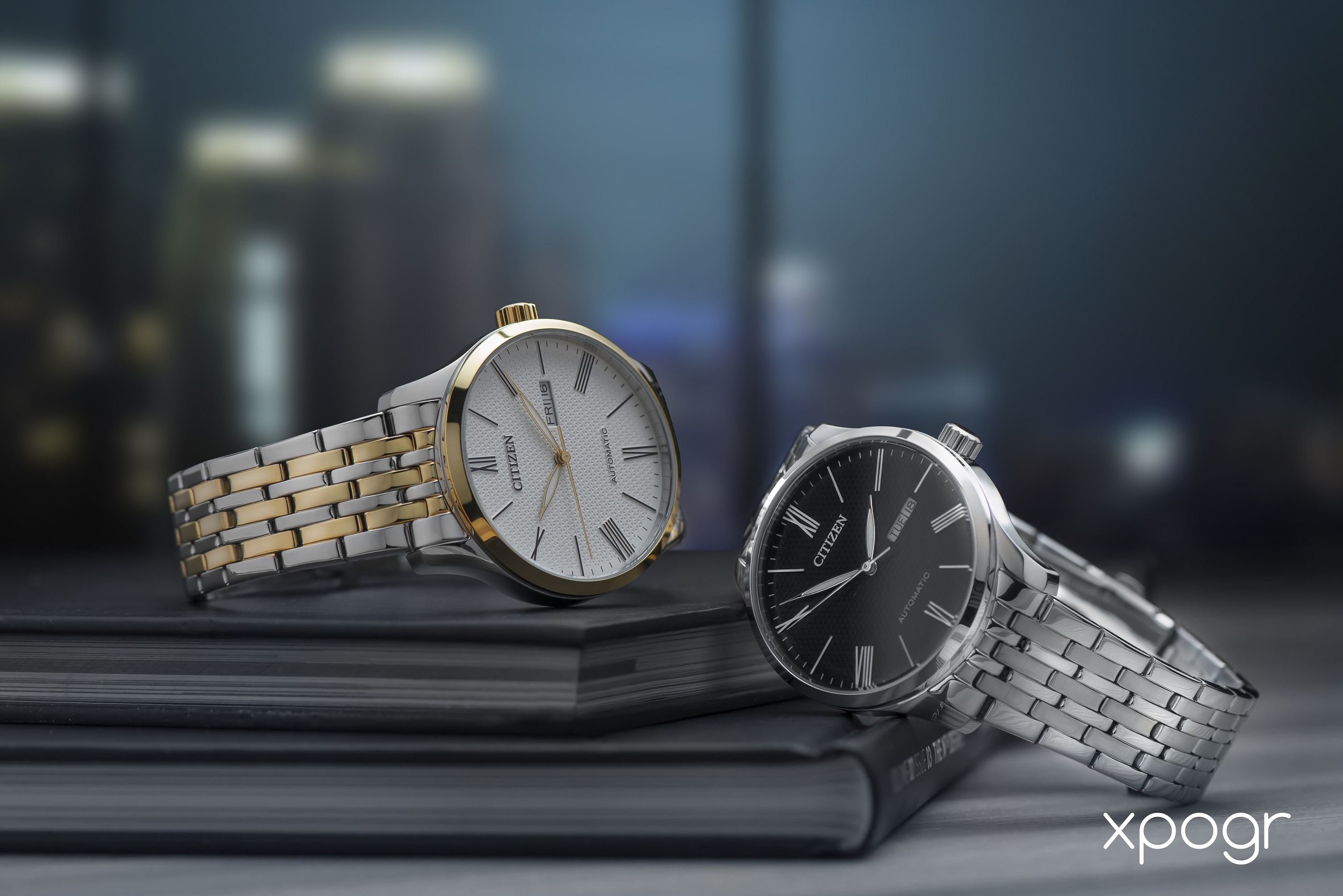 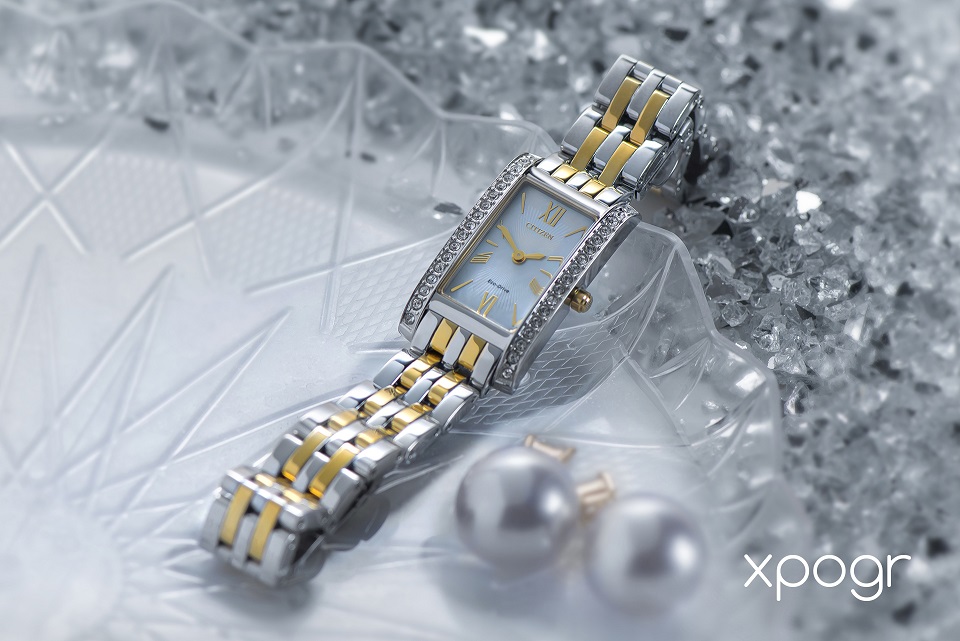